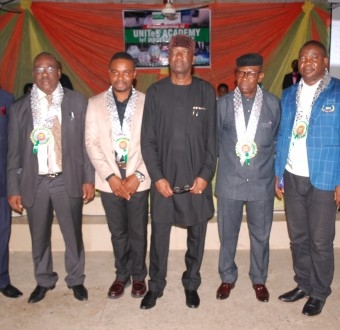 The Internet of Things innovation center which is the first in Sub- Saharan Africa was built by Unites Academy and Cisco Networks to create solutions to unlock opportunities at a speed of rapid prototyping, to serve as a center for research and development that will provide solutions to developmental problems and transform Federal Science and Technical College into a smart school for teaching and training.

The Executive Director of Unites Academy Foundation, Mr. Toyin Olatayo in his speech said the Internet of Things (IoT) is an  inter-networking of physical devices, vehicles, buildings and other items embedded with electronics, softwares, sensors, actuators and network connectivity which will enable these objects collect and exchange data. He also stated that the IOT has affected the manufacturing, healthcare, finance and the aviation sector and had brought in to the limelight the advent of smart schools and cities globally. 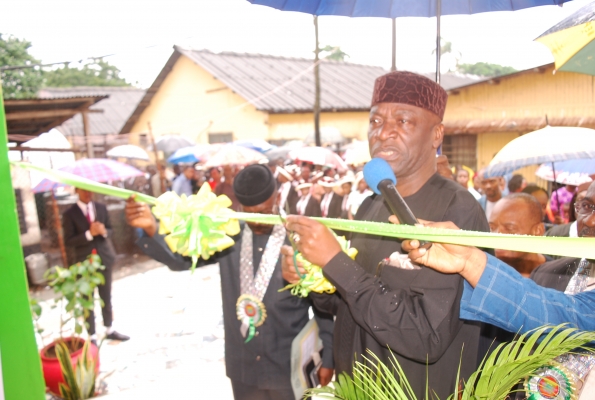 Speaking at the commissioning ceremony, the Minister of State for Education, Professor Anthony Gozie Anwukah stated that because the internet has come to stay, entrenching itself as a basic commodity that society cannot do without, it is therefore important that Nigerians embraced the IoT innovation and make conscious efforts to bring about changes in a digital form. He also reiterated that the Federal Government under the leadership of His Excellency, President Muhammadu Buhari made deliberate investments in to the area of Science and Technological development through education. He emphasized on the need for collaborative efforts to achieve remarkable gains in the industry and encouraged all present to ensure that the aim of the project was maximized.

Also in attendance was the Director, ICT, Director Science & Technology both from the Federal Ministry of Education and Director Principal, Federal Science and Technical College whom with excitement appreciated the efforts of Unites Academy Foundation & Cisco for making his school their first choice to execute such great idea. The Principal assured the Minister and partners that the teachers of the school will not only be a global community of problem solvers but also IoT creators.

IoT ambassadors were nominated from the school and inaugurated to help promote the benefits of the IoT Innovation center, train new students on the use of the center and actively engage in research projects that will solve global problems