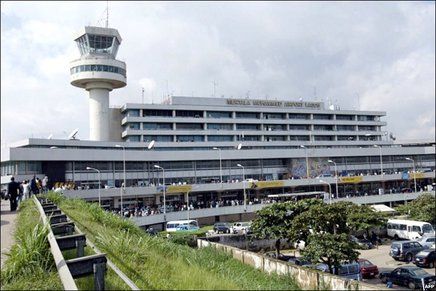 A suspected human trafficker (name withheld) is now in the custody of the National Agency for the Prohibition of Trafficking in Persons (NAPTIP) after he was arrested at the Murtala Muhammed International Airport, Ikeja, Lagos while attempting to facilitate the trafficking of a victim of out of the country.

The PVOT who is in her early twenties and hails from Edo State was however, rescued and being counselled by officials of the Agency.

The arrest and rescue were done during a joint random profiling operations carried out at the MMIA between Wednesday June 28 and Thursday by NAPTIP-Joint Border Task Force (NAPTIP-JBTF) operatives, mentors and the United Kingdom border Police.

During the operation, passengers were randomly profiled on the floor of the departure hall at the check-in counters. It was in one of such checks that the PVOT was intercepted on the Emirate Airline counter checking in to travel to Dubai while the suspect facilitating her movement was arrested.

While the suspect is presently answering question from NAPTIP investigators at its facility in Lagos, the victim has been sent to the shelter for adequate care.

Responding to this operation, the Director-General of NAPTIP, Julie Okah-Donli commended the operatives of the JBTF. She however, urged all international flight operators to imbibe all good practices in the fight against human traffickers. She however, promised to engage all Airline operators and tour operators to discuss their operation.