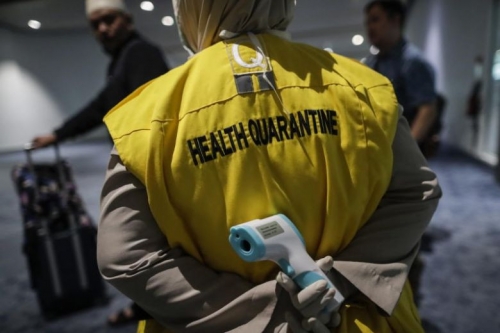 The Indonesian government will be banning all domestic and international air, land and sea travel with some exceptions, starting from Friday April 24, to prevent a further spread of the Coronavirus.

Adita Irawati, a spokesperson for the Transportation Ministry confirmed this in a televised address on Thursday April 23. She also revealed that the government has banned the traditional annual exodus for Muslim holidays locally known as mudik (when people return to their hometown to celebrate Idul Fitri or the day after Ramadan).

“Sea, air, land and railway transportations are temporarily banned from entering or leaving areas where the large-scale social restrictions [PSBB] apply, the red zones of Covid-19 outbreak, Greater Jakarta and other affected areas.

“Transportations of logistics, basic commodities, and medical supplies, as well as fire trucks, ambulances and law enforcement vehicles are exempt from this ban.

“The regulation comes into force at 00.00 Indonesian western time on Friday.

“Starting tonight, all related agencies will move to enforce the regulation, whose main purposes are to ensure our safety and contain the spread of the Covid-19 disease across Indonesia.”

With all 34 provinces being affected by the outbreak, the travel restrictions basically apply nationwide. The latest measure will not apply to emergency, diplomatic or cargo transport.

Other exceptions would include flights to repatriate Indonesian and foreign citizens, as well as travel by state officials, diplomatic staff and representatives of international organisations.