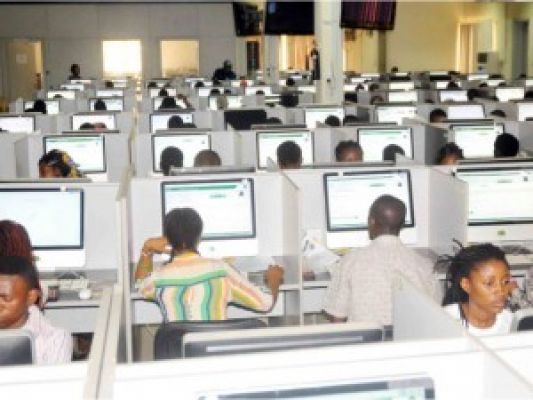 Joint Admissions and Matriculation Board, JAMB will watch Closed Circuit Camera Televisions (CCTV) footages to sanction cheats who did well in UTME.

The Joint Admissions and Matriculation Board, JAMB, says it will watch recordings of proceedings in its Closed Circuit Camera Televisions, CCTVs, during the just-concluded Universal Tertiary Matriculation Examination, UTME.

The board’s Head, Media and Information, Fabian Benjamin, said in a statement on Sunday in Lagos that such would enable it to detect places where examination malpractices actually occurred.

According to Benjamin, where there is any semblance of irregularities, the board will not hesitate to do the needful, that is, sanction the cheats.

“Those who know they were involved in any acts inimical to our examination ethics should not celebrate as their inglorious days of punishment will soon surface.

“Again, we want to seize this opportunity to debunk messages being circulated by those who do not wish our education well that the Senate has passed a bill urging the board to add extra 40 marks to candidates.

“There is no bill anywhere, not even a motion has been tabled before the two chambers of the National Assembly on the board’s 2017 UTME performance,” the statement made available to the News Agency of Nigeria (NAN) said.

“The board wants to state for the umpteenth time that our examination is not a ‘fail pass’ examination; it is a selection examination, so, it can never be said that there is mass failure.

“It will be absolutely wrong for mischief makers to begin to analyse an examination that has just been concluded without even looking at the overall result.

“We urge candidates to disregard all funny connotations online on their results as the board will not contemplate doing all that is being speculated as that will negate the ethics of an examination body as critical as JAMB.”

It added that the board’s major concern had always been to ensure that cheating during and after examination were reduced to zero level, and this, he said, the board had substantially achieved.

It also noted that in order to ensure that the 2017 UTME met international best standards of transparency, the registrar had constituted a taskforce with the mandate to examine the entire conduct of the examination

The statement said the taskforce was expected to look at the fortification processes done by the board, identify loopholes in various centres if any and consider cases that would require urgent action, especially those involving candidates.

According to the statement, the taskforce is also expected to investigate malpractice cases and recommend likely sanctions in accordance with the provisions of the Examination Malpractice Act.

“One of the likely benefits of this taskforce which has renowned scholars and management staff is to ensure that it identified challenges to be addressed so that they don’t occur subsequently.

“The board is determined to ensure equity and fairness to all candidates and will not hesitate to allow the weight of the law to deal with whoever is involved in any infraction,’’ it said. (NAN)